[dropcap]N[/dropcap]on-preppers, or as my self-reliant pals like to call them, “sheeple” are 100 percent wrong about the five million or so Americans who choose to prepare for looming disaster and live a self-reliant lifestyle.

Six years ago, I was functioning under the misconception that I was a non-prepper married to a mega prepper. Turns out, as most rural folks are, I was a prepper and didn’t even know it.

When I “came out” as a prepper to the sheeple in my life, the shocked, baffled, and incredulous looks on their faces told me all I would ever need to know about what non-preppers think about the prepared.

The sheeple immediately cast a paranoid nut job label on us, stereotyping the entire prepared community as uneducated rednecks hunkered down in their bunker clinging to their stockpile of pork and beans while holding a machine gun at the ready.

Ironically, many of the same folks hurling ridiculous insults against another group of people are liberals who claim to loathe narrow-minded labels, stereotypes, and profiling – but I digress.

Six years ago, a severe summer storm blew threw out region and took out the power lines for more than a week. As you can expect, city people were far less able to deal with such a short-term crisis than us country folks who have generators, gasoline stored in our garages, gardens growing out back, are able to hunt and fish, and have guns to protect ourselves from the looting that never occurred in our rural country.

It was then that I realized what being a prepper really meant and would mean in the future. Living in a rural area, most everyone knows how to grow and preserve food, hunt and fish for food, find and treat water from a creek or pond, and protect themselves. So, even though I never actually thought of myself as a prepper, I had the right mindset and a handful of skills.

It does not take long to evaluate how prepared you are…and aren’t, when a small disaster like this happens. There was no operational gas station within 30 miles. The few stations that did open in the next county over did not do so until day three after the storm – and placed a $15 limit on fuel purchases. This was when gas was almost $4 per gallon.

Most folks here drive gas-guzzler 4-wheel drives so they can get around in the winter and haul equipment to and from their farms. The $15 in gas only go us to where we could futility search for ice, water, and food and then back home again. I neglected to mention we were going through a heat wave at the time, it was literally 103 most days during the regional disaster.

FEMA did arrive to help – four days after the storm. They did not bring enough ice of water to serve even half the residents in the county

They had not bothered to coordinate the relief effort with the regional FEMA director, so no volunteers were there to help unload, there was not enough traffic control and people were running out of gas waiting on blocked roadways for up to two hours at a time – as the ice the FEMA staffers placed out on pallets melted in the sun.

Only one bag of ice and one case of water per car was allowed, no exceptions for residents who car-pooled because they had no gas for their cars or who were picking up the rations for an elderly neighbor. Bad day for the county, but a day that surely made me glad to be a kinda prepper married to a serious prepper!

When residents were warned to conserve water because there was only a 3-day reserve and available unless the power came back on (it didn’t) panic swept through far too much of the country and the emergency water supply was gone in 24 hours.

Many folks would have gone hungry if my rural friends and neighbors had not taken it upon themselves to organize a community cookout at the high school, to share food from their refrigerators before it spoiled.

The storm cost us our grocery store, a new one did not open for four years after the storm. The owners allowed people to come in carrying flashlights and write down what they took and an IOU for the food to help the unprepared who had neither food nor cash to buy anything because all the banks were closed and ATM machines and credit card machines were not operational either.

The storm was an incredible motivator for me to become a devoted and full-time prepper – and eventually prompted me to switch my writing career around to focus on prepping and homesteading, which ultimately led to doing radio shows, presenting at prepper expos, and writing my first book. Needless to say, I was all in – much to the shock of the non-preppers in my life.

When we took some non-prepper loved ones with us to when I was speaking at the 3-day hands-on Prepper Camp in North Carolina, can you guess the first words out of their mouths after they mingled a bit at the campground?

“I can’t believe how normal everyone is.”

When explaining what it means to be a prepper to non-preppers, in an effort to prove just how dead wrong their ill-informed notion of us is, I take baby steps, speak slowly, and initially avoid “scary” terms like bugout bag – that one really tends to flip out the unprepared for some reason.

My often futile attempts to educate non-preppers is definitely not in any way a plea for acceptance or undertaken based upon a desire to justify my lifetyle choices. Nope, not at all. I engage in the frustrating conversations in an attempt to save lives. If you can enlighten just one person, they and their loved on just might embark on the path to self-reliance, take their family with them, and survive a SHTF disaster.

If you too are sick and tired of the non-preppers in your world snickering about your wise choices and the better angels of your nature propel you to try and save them before it is too late, try explaining what our lifestyle is really about using some of my favorite entry level talking points listed below.

One thing is for certain, no matter how much I like the non-preppers that I know in general, or how long I have known them, they WILL NOT be given refuge at my sustainable prepper retreat. No sir.

They all had the same chance to prepare as me and my family did – and a now seasoned prepper even willing to act as their guide on the journey. Those who choose to remain sheeple do so at their on peril. 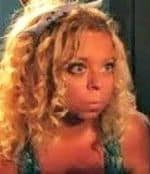 Tara Dodrill is a homesteading and survival journalist and author. She lives on a small ranch with her family in Appalachia. She has been both a host and frequent guest on preparedness radio shows. In addition to the publication of her first book, ‘Power Grid Down: How to Prepare, Survive, and Thrive after the Lights go Out’, Dodrill also travels to offer prepping tips and hands-on training and survival camps and expos.

12 thoughts on “Sorry, Non-preppers. Here’s Why You’re Dead Wrong about Us”