When I was really young, around 5, I would spend 3-4 months a year living in the countryside with my grandparents, away from the noise of the big city I was born in. The fact that we were 90% self-sufficient had a huge impact on my life.

See, when you spend your entire day planting potatoes, mowing the grass (with nothing but a scythe) or entire days out in the woods or grazing cattle, you make a lifetime connection with Mother Nature.

This is why, when I first learned about prepping although I was skeptical, I wasn’t against it. I always knew deep inside of me that the direction we’re being led by our politicians is wrong.

After the initial resistance, I was hooked. I started reading like a madman every piece of information I could find, then I started putting into practice.

It didn’t take long for me to become a prepper. After all, I “survived” the 1989 Romanian revolution. I was 5 at the time and didn’t fully comprehend what was happening.

I wish I could say I was in the army, that I’m a certified survivor or that I have any of the other credentials other prepper bloggers have. Unfortunately, I don’t even though my dad was in the Army (he’s a retired lieutenant colonel now) and my grandpa was in the communist militia a long, long time ago.

I’ve been an active prepper since 2014 – that may not seem like a lot of time but I’m a really fast learner and there are things that I was doing way before that such as staying into shape.

Since my dad was in the military and one of my childhood friends is currently serving his country, I had the opportunity to learn a lot about how fragile our world is and what goes on behind the wars and the mainstream media news that cover them (pun intended).

Once I got into prepping, I realized I’ve already been doing this to some degree. Only problem was, I wasn’t doing it to get the best results possible. I didn’t have my priorities right.

Now, I’m not by any means an advocate of wild theories and conjectures, nor a believer in the Zombie Apocalypse. Yes, there’s a slight chance an asteroid will hit but the odds are very small and there isn’t much we can do, anyway.

There are other, smaller scale events and disasters that can occur and my philosophy is to prep for those first. If you don’t know what they are or where to start, I strongly suggest you check out my “prepping 101” article where I take you step by step and point you in the right direction.

My blog is like no other. Chock-full of informative, high-quality articles, you will learn about every possible aspect of prepping and survival.

In the beginning, I wrote all of the articles myself but as soon as we started generating some money, I made the decision to hire other preppers to give you as much information as humanly possible… and make this blog truly great.

Let me introduce you to my amazing team…

Megan is doing way more than writing articles. She’s also making sure all articles are top notch. We honestly don’t know what we would do without her.

Having 4 children and 6 grandsons, Megan has a lot of offline responsibilities as well. She’s an active prepper and soon to be completely off grid. You can see a list of all of Megan’s articles here.

Tara Dodrill is a homesteading and survival journalist and author. She lives on a 56-acres homestead with her family in Appalachia. She has been both a host and frequent guest on preparedness radio shows. In addition to the publication of her first book, ‘Power Grid Down: How to Prepare, Survive, and Thrive after the Lights go Out’, Dodrill also travels to offer prepping tips and hands-on training and survival camps and expos.

The most amazing thing about Tara is the way in which she manages her homestead and her survival mutual assistance group. Some of the things she’s done and written about include:

Charles is a firearms instructor with strong pro-2nd Amendment views. His firearms knowledge is unmatched. I won’t brag him any further, I’ll just leave you with his amazing articles.

Jack is a true survivalist. Not a prepper, because he spends most of his time in the bush, away from people, enjoying nature and the safety it brings. The only time he comes to town is when he can’t upload his articles with his satellite connection, or to get supplies.

Brea is a stay-at-home mother to her two toddlers and newborn baby girl. She works from home as a writer and virtual assistant. She was raised by prepper parents who instilled the importance of self-reliance at a young age and now continuing on that tradition with her own children.

Brea lives on a homestead in Appalachia where she is always taking care of her farm animals or the crops. She doesn’t get much free time but when she does, you will be able to find her out in the woods on the back of a horse, hiking, or hunting.

Chad Nabors specializes in firearms, with a strong focus on concealed carry and pistols. His background is in commercial sales and training, and armor development and testing. He has trained many citizens on the pistol from basic to advanced skills. He is a vociferous proponent of the 2nd Amendment, and believes that defense of self and family is a moral obligation.

Ryan is an avid prepper, living on a farm with his family, always practicing his survival skills. A gun enthusiast, the most compelling thing about Ryan is the fact that he does survival challenges every year. His knowledge and experience are priceless. 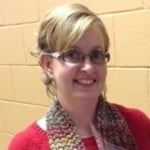 Karen is probably the person on our team who’s been prepping the longest. Over 10 years! That’s even longer than me…

Karen lives in London, Canada and, as far as I can tell, her passion is gardening.

You can see a full list of all of Karen’s articles right ere.

Nick is a prepper, outdoor enthusiast, and passionate writer who equally enjoys sharing his skills knowledge with others and gaining new ones every day. You can read Nick’s articles here.

I’m so excited about this blog and the wonderful writers and preppers who help that it’s hard for me to describe how energized I wake up every morning, looking forward to publishing another article. We have around 10000 at the moment and I’m looking forward to reaching 10,000 soon enough.

In the meantime, if you cold like and share them, we can spread the knowledge, that would be a HUGE help and would be much appreciated.