YOU WON'T BE ABLE TO GET THESE CRITICAL ITEMS POST-COLLAPSE. Click here to get the PDF
Skip to content
0shares

[dropcap]I[/dropcap]t has been said that a rifle’s purpose is projecting your will across a distance while a pistol is for controlling your immediate surroundings in unforeseen or only vaguely foreseen situations. In other words, a rifle is a deliberate weapon, chosen when one has forewarning or opportunity while pistols tend to be used in reactionary circumstances.

Crisis situations tend to arise quickly and with little or no notice, and even when in the midst of a long-term disaster, the situation tends to be fluid and wrought with opportunities for unpleasant surprises.

Unless you want to spend your life with a rifle or shotgun slung on you, handguns are clearly the default tools when the situation heads into uncharted territory. The reality that having a long gun on your person at all times will be as impractical and unlikely in a long-term crisis as it is today.

Now to the controversy! Do we dare to answer the question of which handgun is better in a crisis situation? The semi-automatic or the revolver? There are good reasons to choose either, and this often times comes down to a matter of preference, or opinion, and we all know that those can make for the most heatedly contested debates. So now we’re going to run through a list of pros and cons for each, and let everyone make their own choice. There is no wrong answer, no matter what some experts may tell you.

The issue of capacity is a hands down win for most fullsize or compact semi autos. Large frame semis chambered in one of the most popular calibers and featuring a double-stack magazine provides you with between 10 and 17 rounds in your weapon, and the ability to double your ready supply by carrying a single extra mag in your pocket. Revolvers, on the other hand, give you six rounds, in a few cases 7, and in the case of .22s up to 9 or even 12, rounds in the cylinder.

The contest of capacity is closer to a draw when smaller framed automatics are considered, or when comparing single-stack pistols such as 1911’s. Small and medium frame carry semis often utilize a single stack magazine furnishing 7 or 8 rounds. Compared to your average revolver capacity of 6 this narrows the firepower gap considerably.

I often tell students that if they are in deeper than 6 rounds worth, they are probably in too deep, and a little extra magazine capacity may well be irrelevant. I also like to point out that 6 rounds on target is generally more useful than 17 fired too quickly. A large magazine capacity could have the unwanted side effect of making you reckless, which is a matter of training and discipline.

Many believe that the semi-auto’s ability to be reloaded quickly is an advantage. A quick magazine change is certainly faster than feeding rounds one at a time into a cylinder. However, there are a variety of revolver speed loaders on the market which allow you to reload all 6 (or more) chambers of your revolver simultaneously.

Speed loaders are not quite as easy to carry as extra magazines, but with a bit of practice can be much quicker than loading one cartridge at a time. Speed loaders really narrow the gap in reloading speed, but are more fumble prone than simply inserting a magazine, and require more practice to use well.

I will note here that if your chosen revolver is an old school, gate loaded single action, you are stuck with a painfully slow reloading process. Only practice can narrow the gap, and odds are real good that even with that you will never beat a quick dump with a speed loader, and certainly never the quick change of a magazine

Nevertheless, one of my favorite all around handguns for outdoor activities and wearing around my property is a Pietta knockoff of the 1873 Colt, that’s the legendary Single Action Army, and I’ve just had to learn to live with the fact that reloading is not going to be quick. The best way to counter this is to end any confrontations decisively before anyone has a chance to reload. Practice, accuracy and discipline are key once again. 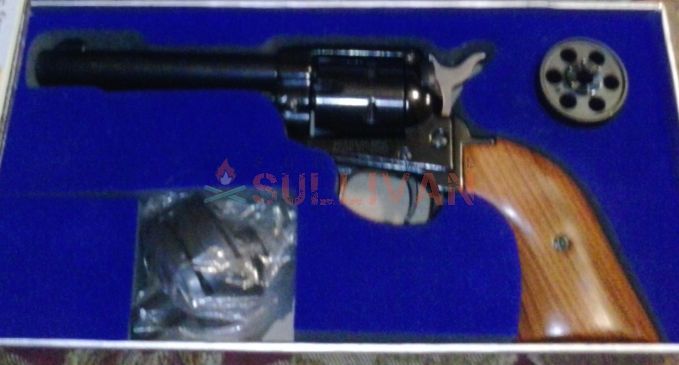 Here’s one area where the revolver gains a clear win;  to clear a typical failure to fire malfunction with a revolver the only procedure required is to pull the trigger again with a double action, or cock the hammer and then pull the trigger again with a single action. A fresh cartridge and chamber make revolvers pretty much foolproof in this instance.

Not so semi Automatics. There are a lot of factors that can cause a failure to extract, a stovepipe, or other form of failure to feed. Depending on the severity of a malfunction, they can at times be a bear to clear, and even if they are simple they require a multi-step procedure to get your weapon up and running again. Even a misfire resulting from old or faulty ammunition requires racking the slide, which requires altering your grip and taking your weapon off target.

While certainly trainable, this is never a good thing in a gunfight! Proper maintenance, using good ammo, and religious inspection will cut the odds of an issue, but we live in a “stuff happens” world, and Murphy’s Law is a big part of the standing orders for the universe. Practice, training, and discipline are the key to overcoming these issues in a high stress situation.

This is probably out of sequence, but I figured I’d throw one in where the semiautomatic pistol beats the revolver just to keep things fair.

Semiautomatics are far more prevalent in professional circles these days. This includes law enforcement, military, and security professionals. This means that the ammunition for these guns is more readily available in larger quantities and at better prices. In many instances, it means that there is a wider range of task-specific ammunition available for these calibers as well.

Specialty ammo, such as frangible rounds that prevent over penetration in home settings, a mind-boggling array of personal defense rounds, and even inexpensive training ammo are readily available and relatively inexpensive in the most common semiautomatic calibers, specifically 9mm, which is the standard chambering for most western militaries, and .40 S&W, the darling of American law enforcement. The same can be said for magazines: if you choose a model that is widely used by military and police, you will find more magazines available on the market.

There is some variety of ammunition available in revolver calibers, but it isn’t stocked to the same degree in gun shops and sporting goods stores, and it is generally more expensive. Should there be a long term crisis situation, the more common your ammunition is, the more likely it is that you will be able to find a way to resupply should the need arise. The same is true for acquiring additional magazines. If you get a Glock, for instance, you can be assured that there will be a ton of magazines floating around out there.

In terms of durability and reliability, I like my 1873 above all others. It has a simple action, not a lot of moving parts, even fewer small parts and springs, and is about as rugged as you can get. There isn’t a lot to go wrong with this gun.

If you look at many old Colts carried by actual cowboys back in the day, you are infinitely more likely to find dents in the butt from pounding fence staples than you are to find notches carved to commemorate victorious gun fights. Any pistol that can do double duty as a hammer is OK in my book.

Revolvers in general are simpler to operate than semi-automatics. Even the advent of the double action didn’t add a lot to their complexity, and all the moving parts, save the cylinder and usually the hammer are well protected within the grip and frame.

Revolvers by nature are less sensitive to neglect and lack of lubrication than semi-autos. Where long term durability in harsh conditions is concerned, simpler is almost always better.

But this is not a clear win for the revolver. Most modern semiautomatic pistols are very reliable in their own right, though I don’t recommend using them to pound fence staples! If you are diligent in your cleaning and maintenance, you will get many decades of trouble free use from a good semiautomatic pistol.

I have a Taurus PT92 that I have been carrying as my primary weapon, where a full size is appropriate, since 1986. I had to replace the extractor last year, but other than that it is completely original and fully functional after untold thousands of rounds and thousands of often rugged miles in a holster.

There are those that will argue that semis are faster shooting. I’m not sold on that notion: a double action revolver can put rounds down range accurately at a pretty high rate. In either case, it’s about how fast you can re-acquire your target and pull the trigger again. This is going to have a lot to do with training, practice, and discipline (again!). The double action revolver is harder to shoot well than most semis owing to its long, heavy trigger pull for every shot. It will take practice, but you can become fast and accurate with it.

As a side note, if you’ve ever watched Cowboy Action Shooting, you know that in the right hands even a Single Action Army revolver can sound like a machinegun and place every round in the center of mass. But honestly this is some next level stuff that takes years of dedicated practice to achieve! Your time is best spent on mastering a double-action revolver or semi-auto for self defense.

When I’m out in the woods, especially where there are large predators that might want to eat me, I favor a large revolver in an equally large caliber. My gun of choice in this instance is my 1873 in .45 Colt. A .44 or .357 magnum might edge the old .45 out a bit, but I’m a stickler for tradition.

In terms of practical handguns with affordable ammunition, in big calibers, the revolver takes it. There are a few semiautomatics that shoot magnum class calibers, but they are fairly exotic or at least rare, and their ammo is priced accordingly.

So, in my book, in bear country the revolver wins hands down.

For Users With Disabilites

On numerous occasions, I have had older people in my shooting classes. Quite often, for older women in particular or men with arthritis, loading magazines and racking the slide can be difficult or impossible for them.

In all other respects they are perfectly capable of shooting well, but if you can’t load your weapon it’s going to be tough to get shooting in the first place. For these folks, a revolver is often the answer.

I don’t know if I’ve accomplished much here or not. I am not going to declare one type of handgun victorious over the other, or tell anyone “This is what you gotta have!” The reality is, both semiautomatic pistols and revolvers have a lot to offer, and the areas in which one wins are offset by the areas in which it loses.

So what is your preference, revolver or semi? Do you like one for certain situations only? Let us know below!

6 thoughts on “Revolver vs. Semi Auto in a Crisis Situation”

By entering your e-mail, you consent to subscribing to our newsletter.