The idea of a waterproof sleeping bag may seem appealing. it may seem like a good feature to have. After all, when you’re out camping, you want to be protected from the elements, right?

Of course you do, but the purpose of a sleeping bag is to keep you warm inside your tent, as well as to allow your body to breathe as you’re sweating.

Sleeping bags are not waterproof. If you immerse them in water they will get wet. The outer holds water to a certain extent, or should we rather use the term water-resistant as the coating repels water droplets and allows them to run off without penetrating the fabric, making an accidental spill of a beverage a minor incident.

What you are actually looking for in a sleeping bag is breathability – the ability for the fabric to wick away moisture from the body so you don’t wake up damp.

You also want to know that that a little sprinkle of rain droplets or snow is not going to penetrate your sleeping bag rendering it damp and soggy, or that while lounging around the fire in a sleeping bag the night dew isn’t going to result in an uncomfortable damp sleep.

When considering buying a waterproof sleeping bag it’s the outer shell that is covered with a coating to make water droplets slide off rather than permeate.

Gore-Tex has been around since 1969 and although it repels liquid is does allow water vapor to pass through. Previously made using perfluorocarbons (PFCs), the company has launched a durable water repellent (DWR) product that is free of PFCs of environmental concern.

Gore-Tex fabric is lightweight, waterproof and suitable for all weather use so covering the exterior of a sleeping bag with this type of breathable has its advantages, because then you don’t have to take along a bivvy sack when camping in snowy conditions.

The problem is that perspiration tends to get trapped inside the sleeping bag, unlike a bag with a lighter shell fabric. The result is as the perspiration cools you will tend to feel colder in a waterproof sleeping bag than one without waterproofing as the insulation doesn’t trap heat as well.

Why Do We Sweat When We Sleep?

We are not talking about night sweat due to menopause, medication, over-consumption of alcohol, or some other medical condition – just the average amount of water a person exudes per night as our bodies try to keep our core temperature at around 37°C.

The amount of perspiration varies between people but an average per night is around 700ml to one liter. Now this sounds like a huge amount but it spread over the whole area of the body, and for this reason sleeping bag linings must allow for wicking and breathability for comfort.

Weighing Up the Pros and Cons of Waterproofing

You have to weigh the one option off against the other and decide how likely you are to be camping in places where your sleeping bag will get damp and how much you are likely to sweat if camping in warmer climates.

The claims are that waterproof fabrics are breathable but actually if you simply take a sleeping bag without waterproofing it is likely to be more breathable.

The water-resistant coating on the outer layer will prevent the damp seeping through to the inner layer and give you a comfortable night’s sleep.

The problem with water resistant and waterproof coatings is that is makes the sleeping bag warm as the moisture from your body cannot fully escape through the outer layer, although the manufacturers do advertise breathability of their fabrics.

Do the test yourself with a sleeping bag borrowed from a friend that is waterproof as against one that isn’t and make up your mind for yourself.

You shouldn’t need a waterproof sleeping bag if you are sleeping inside a tent on a camp cot. They are fine for fairly cool climates, where you will not be sweating inside the sleeping bag but for warmer weather it is probably best to have a light sleeping bag that does not have a water-resistant treatment on the outer layer.

If you are really serious about not getting any moisture into your sleeping bag one has to consider that most sleeping bag manufacturers do not seal the seams.

There are tiny holes from the stitching on the seams that could let in moisture, so perhaps consider putting your sleeping bag inside a bivvy sack that has taped and sealed seams.

When buying a sleeping bag for conditions where you expect full waterproofing then check if the seams have actually been sealed on your sleeping bag before purchasing.

The Search for an Enviro Friendly Dwr

For many years sleeping bags were treated at the point of manufacture with a DWR but these were made from C8 long chain fluorocarbons which governments have banned as the chemicals used remain in the environment and within organisms for a long time.

The International Agency for Research on Cancer (IARC) part of the World Health Organization, has classified perfluorooctanoic acid (PFOA) as ‘possibly’ carcinogenic based on limited evidence involving humans with regard to testicular and kidney cancer, and lab animal tests.

The Environmental Protection Agency (EPA) conducted a pharmacokinetic study showing that a high build-up of PFOA in pregnant mice resulted in higher neonatal mortality and PFOAs in smaller doses resulted in developmental delays.

Manufacturers have consequently been scrambling for years to find a DWR that is enviro-friendly but the short chain chemistry is not as durable as the long chain PFOA. HeiQ, a Swiss Textile innovator, however, announced in July 2019 that they have launched PFC-free products.

Besides the PFC-free sleeping bags what is an interesting development is the fact that the company has developed HeiQ XReflex that allows sleeping bags to remain warm while the bulk is reduced.

They do this through a reflective surface applied via high-tech vapor deposition that is ultra-thin. This allows thermal resistance while maintaining the maximum breathability.

Waterproof sleeping bags is expensive and unnecessary, but if you want a DIY solution you can spray a sleeping bag with a DWR that will make the outer shell repel water droplets. Try PFC-free Nikwax TX Direct. 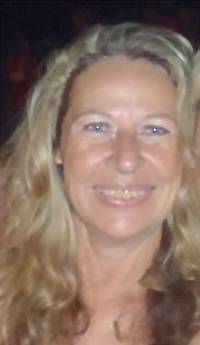 Traveler, photographer, writer. I’m eternally curious, in love with the natural world. How people can survive in harmony with nature has fueled my food safety and survival gardening practices.
At the age of 12, I found a newspaper advertisement for a 155-acre farm at a really good price and showed my parents one Sunday morning. They bought it and I happily started planting vegetables, peanuts, maize and keeping bees with the help of the local labor. Once I married wherever we moved it was all about planting food, keeping chickens and ducks, permaculture and creating micro-climates. I learned how to build wooden cabins and outdoor furniture from pallets, and baked and cooked home-grown produce, developing recipes as I went along.
Over the years on numerous trips to wild places and cities I’ve learned all sorts of survival hacks, but there is always someone out there who can teach you a new trick so I remain an eternal student and forever humble.