0shares
If you prefer coffee over tea fear not, coffee contains antioxidants as well, quinines, chlorogenic acid, and trigonelline, and is purported to help lower the risk of type II diabetes, Parkinson’s disease, liver cancer, colon cancer, and gout.

Be sure to keep in mind that coffee has about 85mg of caffeine per cup compared to about 40mg per cup for tea, so if you would like to benefit from the antioxidant properties but don’t want the stimulant side effect then tea it is.

Recent research has linked the consumption of caffeine with an increased risk of miscarriage, so moderation is key. We will go over some of the benefits of coffee and tea, and then take a look at alternatives that can be substituted in a post collapse situation or SHTF lack of resources.

Are coffee or tea fattening?

One important fact to keep in mind no matter which brew you prefer is that both coffee and tea are calorie free in their “natural” state. It takes adding sugar and creamers to add any calories. One way to do it would be to have your coffee in the morning when you need that pick-me-up to shake the cobwebs from your eyes and get your day started, and then drink tea throughout the day to keep the antioxidants flowing. Be sure to drink plenty of water too.

Which has more antioxidants: Coffee or Tea?

The evidence shows that both coffee and tea contain the antioxidants that may help decrease the risk of several forms of cancer and other disease, the only question is which do you prefer? Coffee is overwhelmingly the drink of choice for Americans, but tea is becoming more and more popular with an upwards of 10 billion servings consumed last year. Many countries around the world allocate the health benefits of a tea enriched diet. In China tea has been used to treat many ailments through the ages.

Are all coffee and teas the same?

One thing to keep in mind if you decide on tea is that many herbal teas do not actually contain tea. Some of these drinks do use tea as a base for the mix but many are made up purely of herbs that do not contain the antioxidant benefit that tea provides. The same can be said for instant coffee or heavily flavored novelty drinks, it may be mostly added elements that do not have the same health benefits as regular coffee. So, whether it’s coffee or tea that you prefer, drink up.

Can caffeine drinks help a workout or the workday?

For those that start each morning with a cup of coffee, you may be doing life more correctly than you thought. A dose of caffeine in the form of morning coffee each day can be a very useful to those who follow their coffee with a workout later in the day. A cup after a workout will help a person’s muscles relax post-workout too.

Boosting the work from your drink

An Australian institute conducted a study on the effects of caffeine ingested by runners at both the recreational and advanced levels. Each of the runners took an amount of caffeine equal to what would be in an 8oz coffee and each runner had an improvement in their run times of about 11 seconds per person. Coffee, and the caffeine within it, stimulates the glycogen of the body by giving the body a fatty acid to consume instead. This allows the muscles to focus only on consuming the energy rich glycogen, meaning those who are drinking coffee can have a longer workout.

Many people who believe they are in the know about coffee think it dehydrates the drinker due to the caffeine in it. The ideal that caffeine dehydrates is not an uncommon one, and it came around from the majority of people being warned not to drink caffeinated drinks on summer days or face dehydration. This is simply a myth, and has been proven wrong through extensive testing.

In fact the opposite is true in some situations as a caffeinated beverage such as coffee can provide much needed fluids to those who are accustomed to them. Essentially for those who have come to rely on a strong cup of coffee as motivation, the body has adapted and relies on it as an intake of fluid.

How does it help?

Coffee will help the body by acting as a stimulant to the nervous system, with caffeine directly blocking the production of a hormone that causes the body to relax. Blocking this hormone puts the body in the famed ‘fight or flight’ stage, releasing a dose of adrenaline into the system. The rate of the heart increases, pupils dilate, muscles will tighten, and the body goes into over production releasing glucose into the blood for that extra kick of energy.

Caffeine taken into the body will also increase the amount of dopamine in the mind. Dopamine is the hormone that crates a euphoric sense of feeling, which leads to a person working out feeling better both about their exercise and themselves.

Thus drinking coffee physiologically creates a sense of happiness during a workout, making the drinker feel more alert with more energy to spend. So have another cup before your workout.

What are some alternative drinks that have the same effect as coffee and tea?

There are quite a few alternatives you can brew at home that can have the same effect as coffee or tea. This can be extremely beneficial if TEOTWAWKI happens and supplies are limited, but you want that mental clarity. 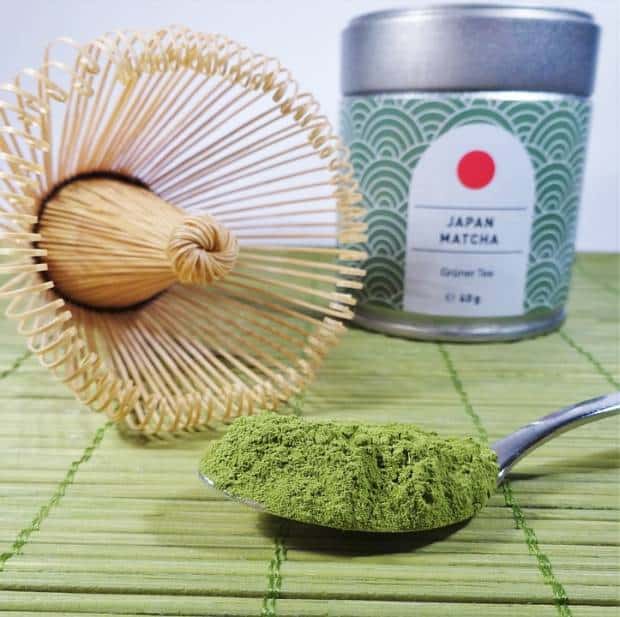 Although not as popular as the mixed oolong teas or black teas we commonly associate with tea, green tea actually is growing as to its ability to be a fat fighter and profound ability to stabilize blood sugar for diabetics.

1 If you are out and need to make green tea properly, here are a few tips for this delightful drink.

2 Use bottled or spring water.

3 Get it up to 175 degrees on a fire, one tip is to boil it then remove the lid and let the steam out. Once the steam stops it should be the perfect temperature.

4 Steep your tea for 1 minute for the perfect green tea, bagged or loose leaves use the same time. If you go too long, it will be bitter.

If you have access to a blender, and want to combat fatigue, then a protein shake can be the ticket. Fruit, protein heavy compounds such as wheat germ, yogurt, quinoa, goat or cow’s milk, and even eggs can make a mood lifting drink.

Protein is needed when you are working strenuously not only by your body requirements, but to feed your brain replenishing amino acids.

All the way back to the bible, honey has been praised for its nutrient dense composition and multiple uses for its lovely taste. Just a quick drink made of hot water, honey, and lemon juice will give you an all-natural much needed energy boost while providing the calorie equivalent of a breakfast bar.

You wouldn’t think the little hardy plants we try so hard to kill every summer in the lawn would be such a great source of vitamins A, K, C, carbohydrates, potassium, calcium, iron, and magnesium! 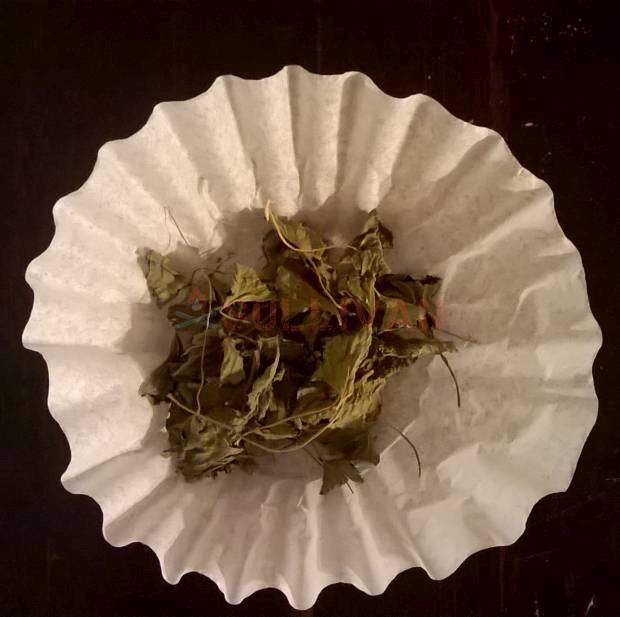 1. Use the roots or flowers of the plant. Collect 2 cups, rinse and strain. 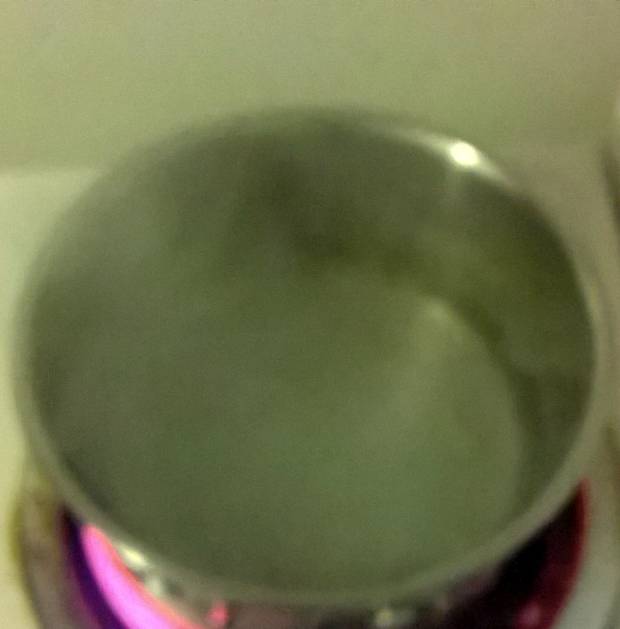 2. Boil 3 cups of water. A roiling boil is when steam is just starting to come off. 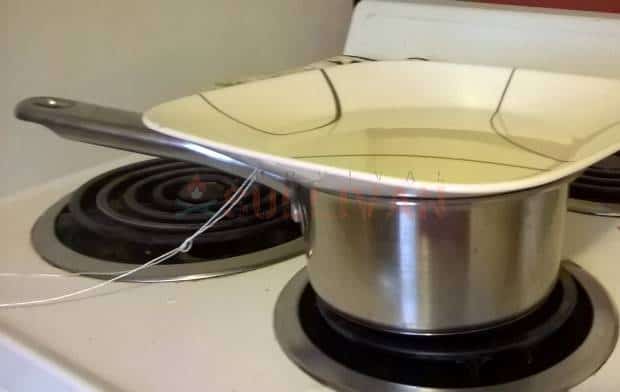 3. Add the plant matter and cover. The oil and extracts will boil away and evaporate if you do not cover the pan.  You can add it straight, or put it in a coffee filter and tie to make a tea bag. 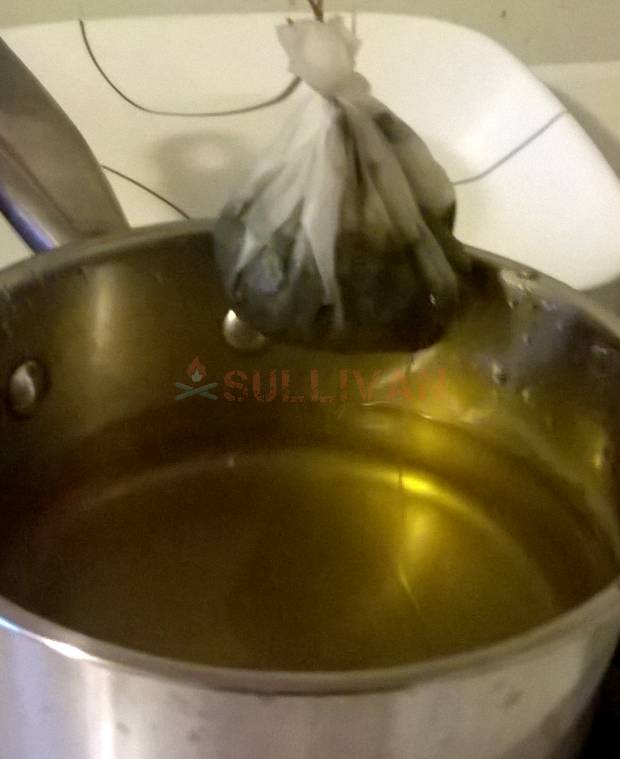 5. You can strain the plant matter out and compost or use it as animal feed, or leave it in. You want a rich yellow color. 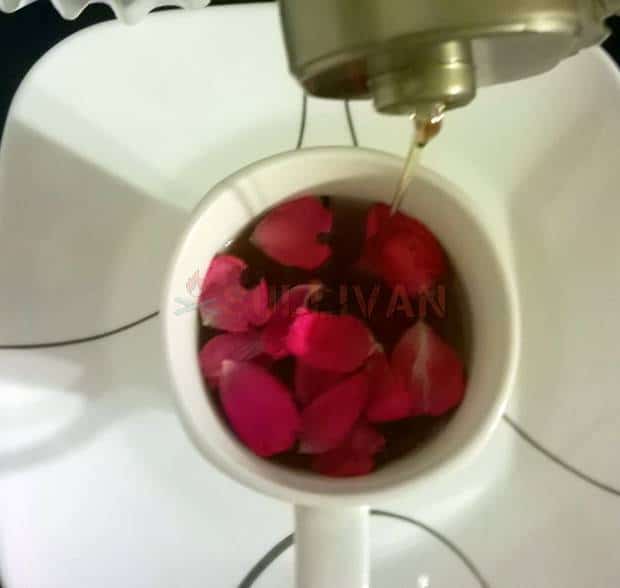 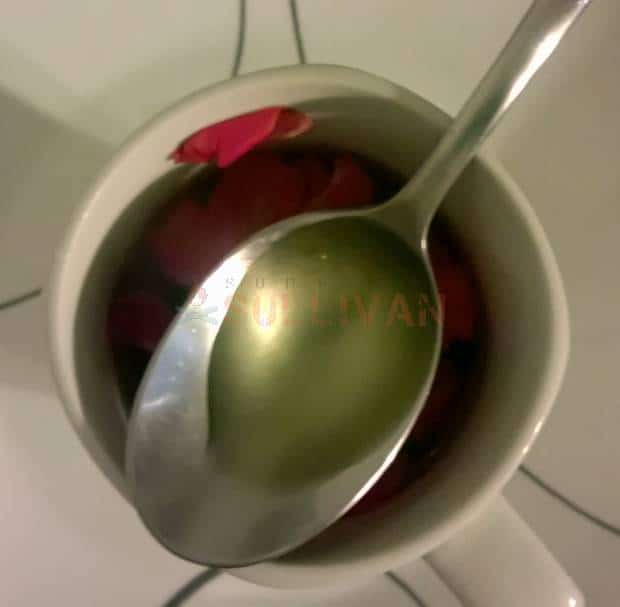 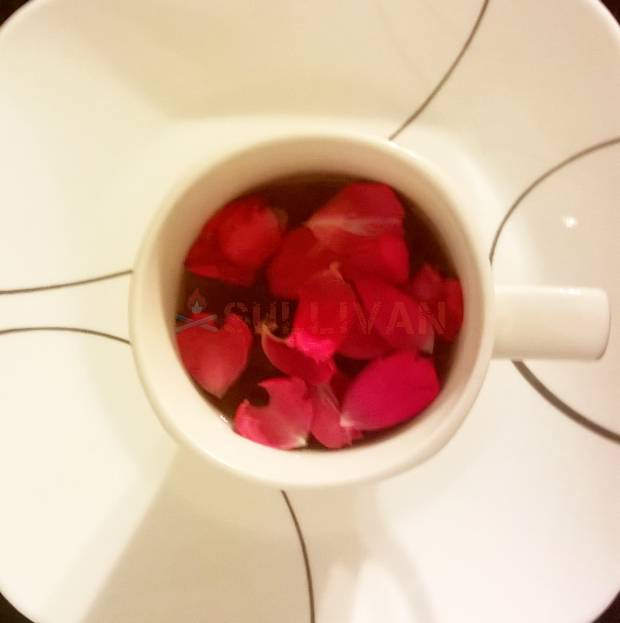 1. Roast the dandelion roots after chopping them finely at 300 degrees on a baking sheet for two hours. 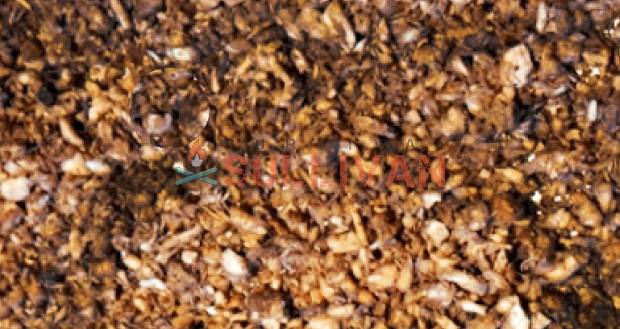 2. Collect the small remains, “grounds,” when cooled and put them in a coffee filter. If you have a food processor you can run them on “fine” to get smaller grounds. 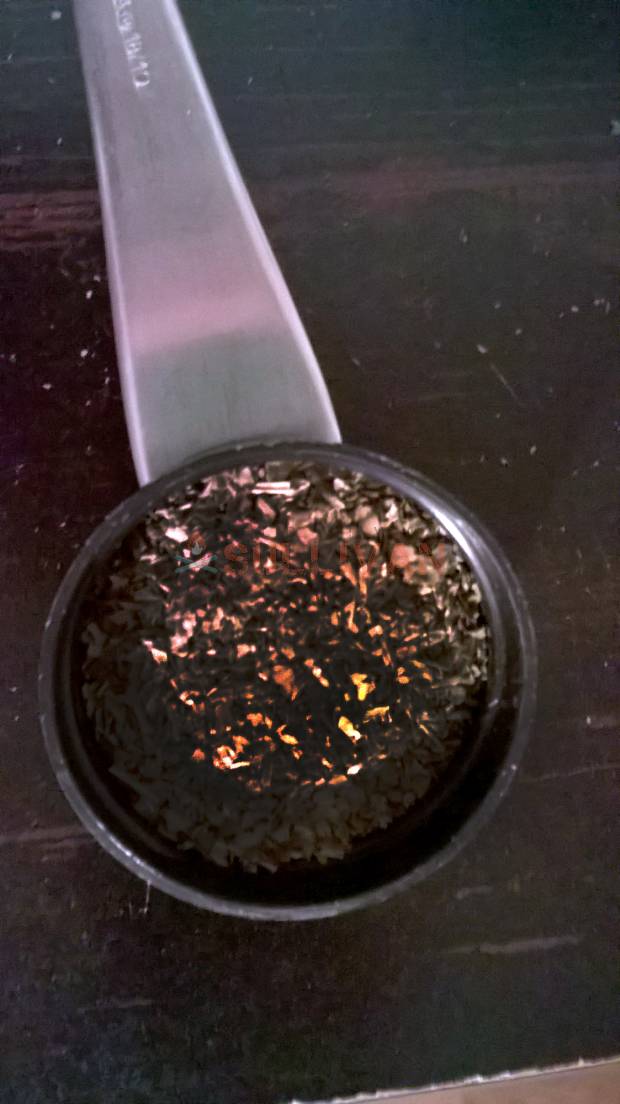 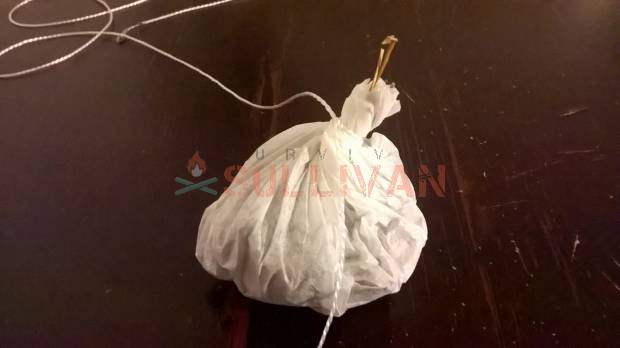 4. Use this as a coffee bag and let it steep in the boiling water for 10 minutes. 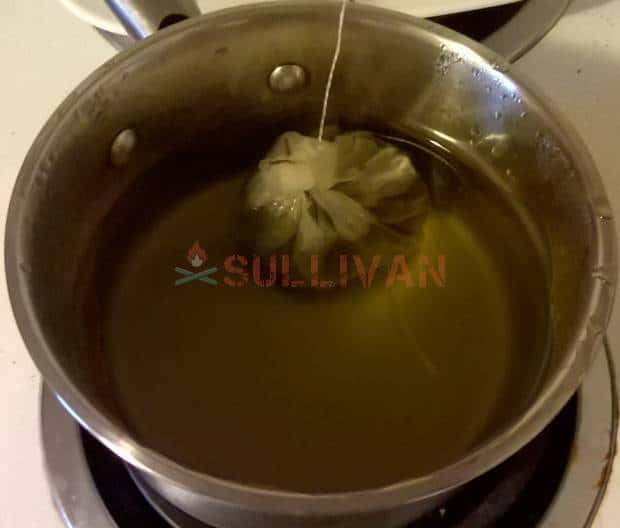 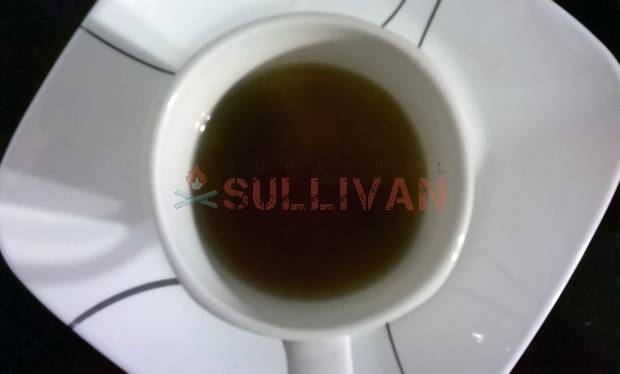 As with many foods, the more processed the food, the less it retains its natural benefits. This makes many bottled and cans drinks just sugar water basically. So hopefully our tips in the why and how of making coffee, teas, and their equivalents can help you stay healthy and strong in an uncertain world.

Growing up in the Bluegrass State, it was a point of familial pride to be able to shoot, trap, identify plants and track animals. Summer camps helped us be well versed in camping, weapons, and survival skills from a young age. We were surrounded by such a lush environment and we used the resources we had. I met my soulmate in my happiest place to be- a seemingly enchanted winding trail next to a beautiful wooded glen- where I spent as much time exploring as I could during daylight hours with my trusty four-legged friends. I thought I would be a natural scientist like Audubon and travel the world NatGeo style painting and recording the fantastical. I love to create and paint in many mediums. After 3 years following the nursing track, I switched to natural and holistic medicine as that is where my passion lies. I am hoping to finish my doctorate in homeopathic and botanical medicine to achieve my nMD in Naturopathic Medicine by late 2018 (hopefully). The bucket list includes living the days painting and writing on a fully self-sufficient homestead, off-grid with our animals and family and plenty of land for the significant other (who I think is a true artist at weapons and living that way) to shoot to his heart’s content. Naturally organic living for us and the animals is a goal.